Out of the Safety Zone

September 30, 2014
Drummers generally have it safe. We are usually stuck in the back, with a wall of instruments around us, like a barrier between us and the rest of the musicians and the audience. We are safe in our cocoons. We are also usually supporting the other musicians and the music, so what we play underpins things, rather than being the focus. In some ways it's easier to be in the back. You don't have to worry about leading, or being the center of things. If you play drum set, you also are able to sit back and just groove (which is still a lot of work, but not being the center of things).

In the groove, in the pocket. I have nothing against that. In fact, I'm always in awe of players who have a deep groove. But again, this is a supportive role. It's easy to find a groove and just sit there. A good groove can go on forever. Drums & percussion have a long history of supporting everything with a groove.

But what if you do something different and step out front, out of your safety zone? What if you perform solo, naked and alone up on stage, with no band to just groove behind. I've been doing that for the past 13 or so years. Playing solo on drums, hand drums, Gongs & metals, and various combinations of all those.

There's a lot of responsibility in playing solo. But it also opens things up. There is more room to move. You don't have to make sure the band knows where you are going. You are in control. Singer/pianist Tori Amos started out playing solo, then formed a band around her, and now she's out playing solo again. In a recent interview, she had this to say about stepping away from the band:


“But when you’re playing alone, you can make changes and take the show wherever you want. It takes a lot of stamina, though.”


“It takes a lot of stamina, though.” An understatement. As a solo performer, you carry everything. You have to be on all the time, because you just can't put things on cruise control behind someone else. 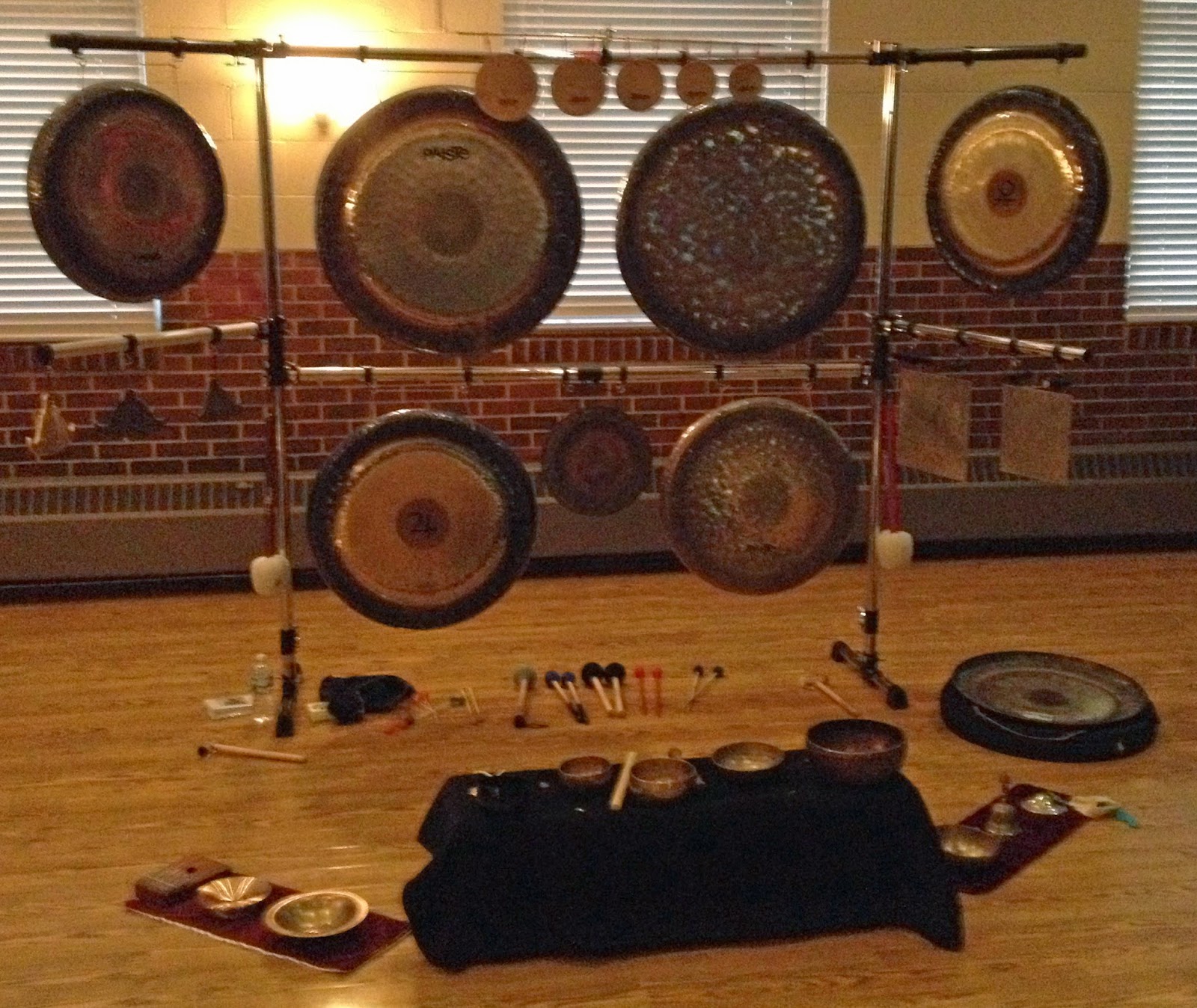 My current solo performance set up, minus a few things…

So I have a solo show coming up next month. I'm the opening set for a new monthly performance series here in Milwaukee, FORMATIONS. I have a 45 minute set to put together. Even though it's only 45 minutes (there's a second set with a group after me), I'm trying to find the right combination of music to play. Over the years, I've developed a fairly large repertoire of compositions to choose from, so I want to look back through my catalog, as well as play some new music.

It's always an amazing experience playing solo, but, “It takes a lot of stamina, though.”


“Being a drummer is hard. To be a drummer is a life force. You have to be motivated to even deal with this instrument.”  ~ Roy Brooks