Showing posts from September, 2013
Show all

The Myth of Endorsements - Part 3

September 26, 2013
How to Get an Endorsement — or maybe it should be, How to Not Get an Endorsement… The endorsement, the Holy Grail of the musician: "If only I could get an endorsement with X, then I would have it made!" So many young musicians want to put things in their career out of order. They are so busy posting drum karaoke videos on YouTube in the hopes of securing a drum or cymbal endorsement, that they forget about the music and musicianship. Television is partly to blame for this. There are so many talent shows on TV that promote the idea of being discovered and becoming a star. And if you watch any of those shows, you know that a lot of people on them have very little, if any, talent. They are just chasing a made for TV dream. So How Do You Get An Endorsement?  Well, there's no magic formula, or any one way to get one. But here are some basic ideas to follow: Play/use a manufacturer's product and love it. Sounds simple, but a lot of people don't understand
1 comment
Read more

The Myth of Endorsements - Part 2 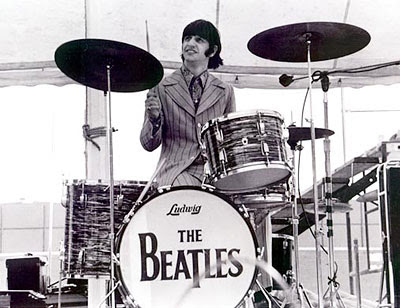 This time we'll look at things from the company side. What does a percussion manufacturer get out of all this? The best example of this goes back to 1963, when an up and coming English band played on the national Ed Sullivan television show. The drummer was playing a black pearl kit that had Ludwig painted on the front bass drum head. The drummer's name was Ringo, and his band's name was The Beatles. The band just exploded, and soon every teenager and college age person wanted to be in a band. And they wanted to be just like The Beatles, so they wanted the same drums, Ludwig. While Ringo was not an endorser at the time, he was the reason for Ludwig selling so many drum sets in the 1960s. Ludwig couldn't have asked for any better free advertising!  So benefit #1 for a company is brand visibility . It's all about the logo, and showing it at every concert, TV show, web cast, photo session, etc. This sort of visibility has a great influence on drummers of all
Post a Comment
Read more

The Experience of INUKSUIT 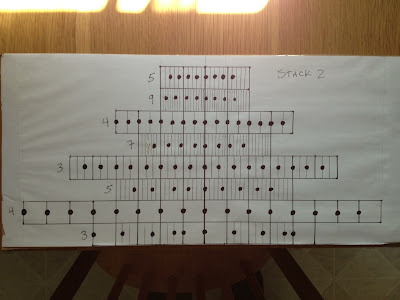 This whole thing came across my radar a while back. Third Coast Percussion (TCP), from Chicago, and Present Music , from Milwaukee, (2 music groups I have followed over the years, Present Music since its beginnings) were looking for 99 Percussionists to present John Luther Adams', Inuksuit , in September. So I wrote back immediately to say that I was interested in participating. It's really interesting to be involved in a major project like this and work with some great people. TCP had done this in Chicago at Millennium Park last year. It had been memorable because of the pouring rain all day, making it a particular challenge to both performer and spectator alike. Inuksuit is as much an event as it is a performance, so it's a good thing to experience. The whole performance will feature 99 Percussionists spread outside at the Lynden Sculpture Gardens here in Milwaukee. I'm intrigued by the event nature of this setting as much as anything. There are 3 different gr
Post a Comment
Read more

The Myth of Endorsements - Part 1

September 05, 2013
Would you like FREE DRUMS!!!  Do you want to be FAMOUS???  How would you like to be in all the DRUM MAGAZINES???  Well, all you need is a DRUM ENDORSEMENT!!!!! Well, not quite. But there is so much misunderstanding about product endorsements out there. Do you really know what an endorsement is and what it means? Probably not, at least what an endorsement really is. I read about it all the time in drum forums and on the web, "If I had an endorsement, it would be great. Think of all the free stuff I'd get…" Well, not quite again. Let's take a look at endorsements and burst any false bubbles of expectation you may have. I'm able to look at this from various perspectives: I currently have, or have had endorsements. As an interviewer, I've talked to a lot of drummers about their endorsements. I've worked for various gear manufacturers and have seen how they handle endorsements. In part 1, I'll look at endorsements from the artist
Post a Comment
Read more
More posts