n
1. (Linguistics / Phonetics & Phonology) Phonetics the distinctive tone quality differentiating one vowel or sonant from another
2. (Music, other) Music tone colour or quality of sound, esp a specific type of tone colour
[from French: note of a bell, from Old French: drum, from Medieval Greek timbanon, from Greek tumpanon drum]

If we look at the definition above, timbre has to do with the tone color of the sound we make. You can hit a snare drum in the very center of the head with a 5B stick, note after note, and have just one sound, one color. Or, you can change various parameters and have a world of sound colors available. I have to admit that in this homogenized musical world, the idea of different timbres often seems to have been lost. With the advent of digital recording and Pro-Tools, producers are able to make sure each drum note played is exactly like the one before it. Sterility rules!

OK, so you play live and aren't in a multi-million dollar touring band, then you probably have a little more flexibility in your sound. One advantage of being in something like a jazz or improv band, is that you get to control your own sound. Whether I'm playing or composing, I'm always thinking about SOUND. And with that, the TIMBRE of that sound. I don't want the same sound all night long. Often I don't even want the same sound for a whole song! I'm much more interested in playing with the sounds that I use and changing things to suit the music. Let's look at some easy ways to change your sound:

2 great examples of using a variety of sounds/timbres are Glenn Kotche of Wilco, and Pat Mastellotto of King Crimson/Stick Men. Both are extremely creative and not afraid to use different sounds. 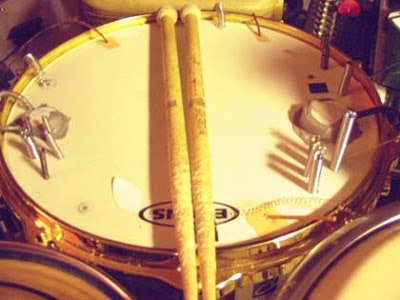 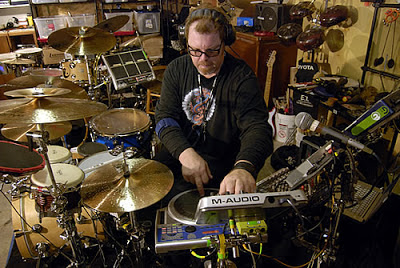 Now go forth and multiply your sounds: