The Lasting Affect of King Crimson

October 07, 2014
It was 30 years ago that I wrote a Style & Analysis column on Bill Bruford for Modern Drummer magazine. In the column, I transcribed various sections of his drumming with YES, UK, and King Crimson. The response to that one column was huge. This lead me to talking to Bill after a Moraz/Bruford concert here in Milwaukee, and proposing to do a whole book of charts from Bill's various bands he had played in. In his quiet English demeanor, he said, “Do you really think there's a need for it?” I assured him there was, even showing him some of the letters I had received about the column. He said he would “think on it.” The next night, before his show in Chicago, he called me on the phone and very enthusiastically said, “Let's do it!” He then started rattling off a list of songs that he thought I should transcribe.

This became a 4-year project of transcribing, then sending things to him via post (this is before e-mail) for him to check out and make any corrections. As can be imagined, the process took months between letters, as Bill was very busy playing around the globe. Finally things were done and I sent them off to Modern Drummer, who was going to publish it. Bill sent his commentary, and then things were put together and released in 1988. Now during all this, I was still receiving letters and feedback from people who had read the column. And when the book was released, I received even more. 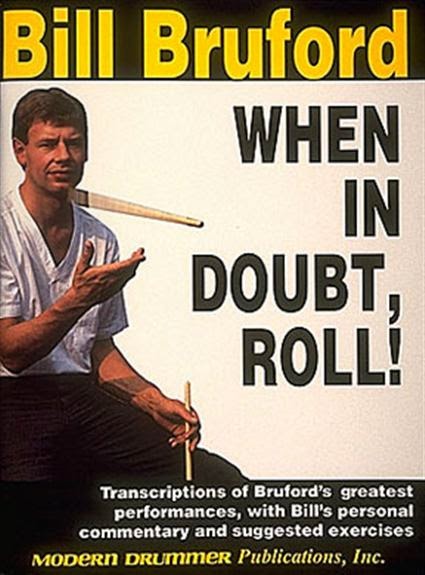 The book I never learned…

One of the things people asked was for tips on playing things, because they assumed that I had learned all of the charts in order to transcribe them. The funny thing is, other than a few small rhythmic figures, I never really practiced or learned ANY of the material I transcribed! While I was, and still am, a big fan of Bill's playing, it held little relevancy to my own playing. I didn't play in any bands that did any of the songs I had transcribed, so there was no real need to learn how to play them. Besides, transcribing music is one thing, playing it is another. This really shocked some people.

That leads me to the lasting affect of King Crimson. I remember when I first heard the Larks Tongues In Aspic LP. It totally blew me away. I was already a fan of Crimson and had their previous recordings, but I was not prepared for the leap forward that Lark's Tongues was. And as much as I admired Mr. Bruford's drumming, the thing that really hit me was what percussionist Jamie Muir was doing! While Bill held the beat down, Muir colored things with an amazing array of sounds: sheet metal, squeaking balloons, a battery powered laugh box, and other crazy sounds. I was hooked. From there, I searched out other recordings with Mr. Muir. I found a few improvised jazz things with The Music Improvisation Company, but that was it. And then he dropped a Gong on his foot at a Crimson gig in, I think, Germany, and then left the band. So there was precious little of his percussive musings to go on, but the impact he had on me was immense! 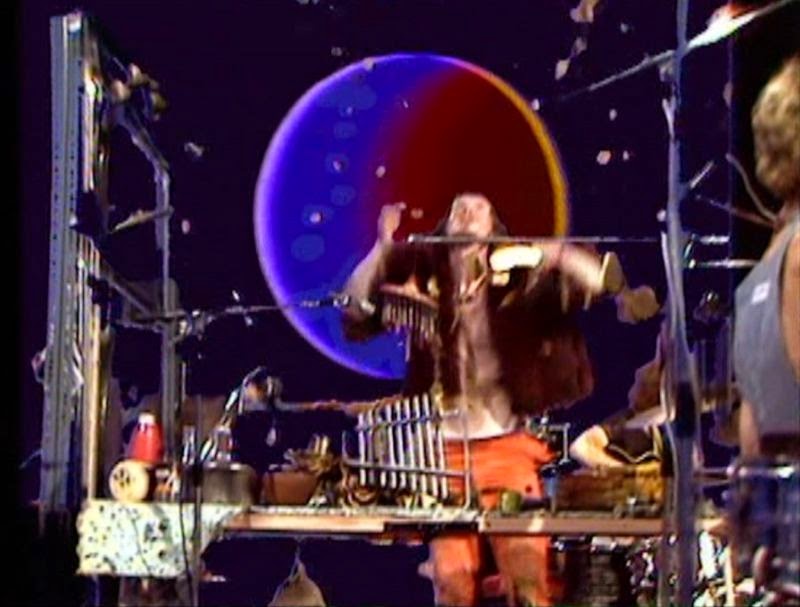 And Muir had a deep and lasting affect on Mr. Bruford also. Muir was one of those larger than life sort of figures who just had a way to play the smallest sound, yet make it so right, so perfect for the moment. Thankfully, today there are some archival recordings and video of him with King Crimson, working the inspired magic that only he could do.

So for me, discovering Jamie Muir was one of the pivotal moments of my artistic career. And even some 42 years later it still resonates inside me. So when other drummers talk about King Crimson and how Bill Bruford affected them, I always mention Jaime Muir as the one, the wild card who really did it for me…