The Sound of Standing

January 06, 2014
In 1952, dancer/choreographer Merce Cunningham, long time partner of composer John Cage, had this to say:


"For me, it seems enough that dancing is a spiritual exercise in physical form, and that what is seen, is what it is. And I do not believe it is possible to be 'too simple.' What the dancer does is the most realistic of all possible things, and to pretend that a man standing on a hill could be doing everything except just standing is simply divorce—divorce from life…Dancing is a visible action of life." 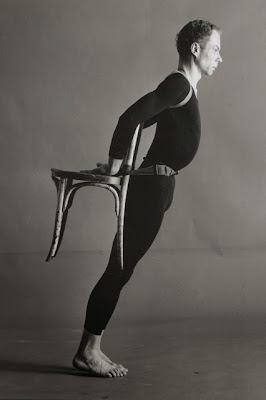 This all goes back to my feeling about sounds. Sometimes sounds can be just, sounds. It is enough just to make the sound and release it into the air. Percussion is so perfect for that: hit a cymbal and let the sound go out, fade, and then disappear. The same with a snare drum, Gong, or timpani. The sound is enough as it is.


“I love sounds. Just as they are. And I have no need for them to be anything more than what they are.” - John Cage

This is a big part of what attracts me to solo percussion. As loud as drums and percussion can be, the beautiful, soft, subtle sounds are lost within the context of a band. How many of you have practiced by yourself, really digging the sound of your instruments, then taken those same instruments to a gig and hated the sound?

Similarly, the reverse can be true, where you don't like the sound of your instruments alone, but find that they blend with a band and sound fantastic. So much of this comes from our ear, and from our expectations. If one has no expectations for a sound alone, then one can appreciate that sound for what it is. I play a lot of sounds that I initially don't like, but then I ask myself, "What don't I like about this sound?" Then I look at how this sound can work in different musical contexts.

I see a lot of people who buy, say, a cymbal, and then they don't like it, so they sell it right away and get another. I think this is often just laziness on their part. They are too lazy to work with something, to get to know it, to get to know it's sounds and how to make it work. Granted, a heavy rock cymbal most likely won't work in a jazz situation, but then, someone playing jazz shouldn't be buying rock cymbals.

And as loud a reputation as percussion has, there are some amazingly beautiful sounds to be heard when the instruments are played quietly by themselves. Ringing metals also can produce wonderful overtones and combinations of overtones when you mix sounds together. But these are often lost in a band context. Ringing metals also present the idea of duration—the sound lasts. Think of most percussion sounds: drum, block, rattle, etc., they are all very short sounds. As drummers, we play streams of short sounds linked together. But with resonant metals, the sounds ring on, they hold out into the air around them.

To me, one of the most interesting things in working with resonant metals is, how long can I let the sounds go on? The audience is also used to the short percussion sounds. By letting the sounds ring out, I present them with something different, something new. I also test their patience, and mine.


How long should I wait before introducing another sound?

This waiting creates tension, and then there is release when the next sound enters. I like to let the sounds stand. Let them stand and just be.

Sometimes it's enough to let a sound be a sound.