December 28, 2013
Once again it's time for my year end review. And what a year it's been! Lot's of great music, books, films, and other artworks. Let's get started. 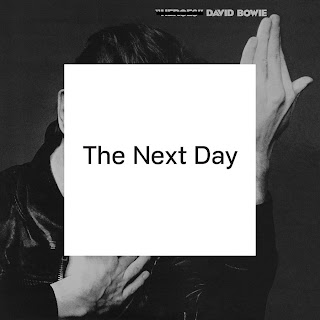 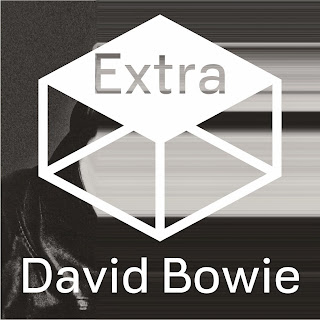 David Bowie - The Next Day

What a surprise when Bowie dropped this unexpected release on us. Even better that he also dropped a whole album full of extra tracks. This has received a lot of play by me. It's very much late period Bowie (think Heathen), with traces of his whole career. Outstanding tracks for me are: Where Are We Now?, Heat, and God Bless The Girl. 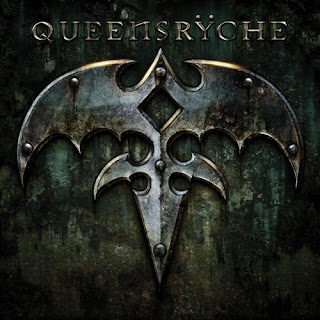 Forget the fact that there are 2 version of Queensrÿche out there now (one lead by Geoff Tate, the other by the 4 other band members with new singer Todd La Torre). This is by the La Torre fronted band and the music is killer! If you love the heavy sound of the old Queensrÿche, then this is for you. La Torre has the power and range to deliver a stunning vocal performance. Drummer Scott Rockenfield is absolutely on fire here! Best tracks: Where Dreams Go To Die and Redemption. 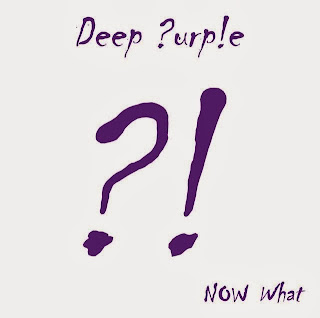 After all these years, the band is still alive and kicking. This is soulful hard rock at its best. Ian Gillan is one of the classic voices in rock. The music covers a lot of stylistic ground, yet always sounds like Deep Purple. Standout tracks: Bodyline (can any drummer shuffle better than Ian Paice?), Above And Beyond (which sounds a lot like a prog/ELP track), and All The Time In The World. 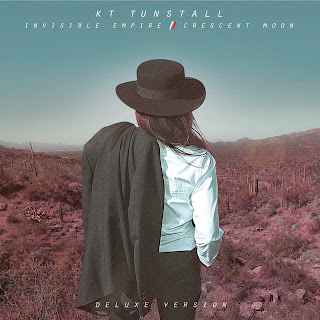 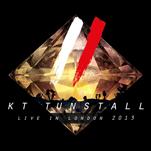 KT delivered a very different, but solid release with Invisible Empire//Crescent Moon. The album is really 2 different albums, with a mellower, more acoustic vibe. The music is reflective of the changes in her life, like a divorce, and her father dying. It's all still very much KT, but with even more depth. Outstanding tracks: Made Of Glass, Crescent Moon, and Feel It All.

As a bonus, she also released a recording of her live solo show in London. Stripped down to just her,, and a guitar or piano, the songs are even more intimate. Older band songs take on a new perspective. 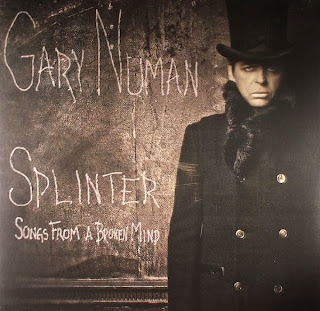 After a rather stressful time in his life, a relocation from the UK to LA seems to have done a world of good for Numan. Splinter is his strongest effort in ages, and the heavy, dark, synth laden music pulls you in. Songs like I Am Dust, Here In The Black, and Love Hurt Bleed are driving industrial rockers, while Lost is a gentle ode to his marriage almost breaking up. 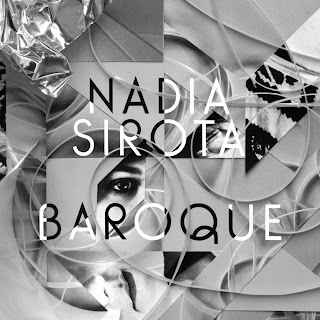 Violist Sarota has been the darling of t NYC's new music community for the past few years, and with good reason. She has taken the viola, often the lonely step-sister of the more popular violin, and made its rich tones her own. Tracks like, the multi-layered In Teaching Others, We Teach Ourselves, she creates a rich tapestry of sound. Daniel Bjarnson's Sleep Variations is romantic without being maudlin. The whole album is a personal look at Sarota's very personal sound & style. 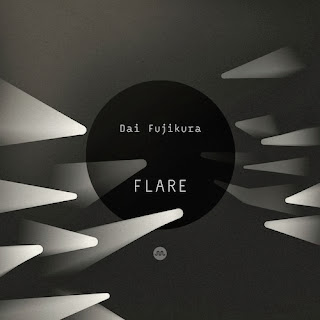 I first came across Fujikura when he did the rewrites and orchestrations of singer David Sylvian's wonderful Died In The Wool - Manifon Variations. Flare shows off his versitality, as there are compositions for string quartet, 12 voices, tenor saxophone, viola, string trio, and string trio with clarinet. As different as the instrumentation is, there's a cohesion in his music. Dolphins for Two Celli is a beautiful piece that makes full use of the cello's lush tone, as lines intertwine and play off of each other. Sakana for Tenor Saxophone is not unlike something the great Evan Parker my improvise. While Halcyon for Clarinet and String Trio plays the clarinet's woody tones against different string sounds, yet the different voices mess in surprising ways. 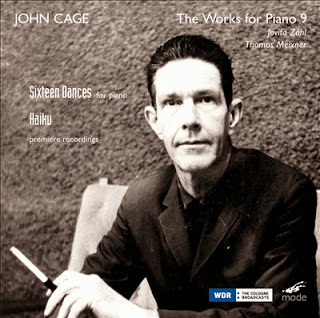 Another wonderful Mode Records release in their ongoing John Cage series (this is volume 49). The album features the 10 Haiku, and 16 Dances. These solo piano pieces show an often playful side of Cage's music. Bonus versions of Dances XV and XVI, both with percussion (Gongs), used more as background punctuation, add a mysterious air to things. 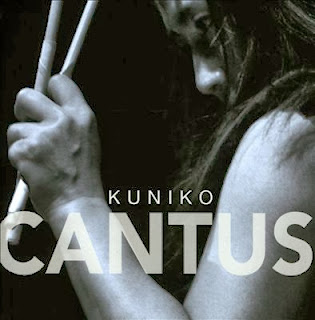 Japanese percussionist, Kuniko, reimagines music by Arvo Pärt, Steve Reich, and Hywel Davies. She consulted with, and received approval from all three composers for her works, which feature layered marimba, vibes, and crotales. Where much modern marimba music seems to go for virtuoso technique, these tracks are often hypnotic in their quality. The music is more about cohesion than displaying technique. This is extremely beautiful music, both well thought out and well played. Kuniko is certainly a name to watch. 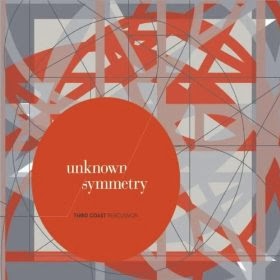 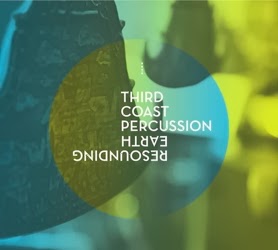 2013 saw not one, but two new releases by Chicago's excellent Third Coast percussion. Unknown Symmetry is a sort of history of the group, gathering music and recordings from throughout their career. Things start of with the excellent Fractalia, for mallets and toms. A dynamic work, it often contrasts the percussive drum sound with the more mellow mallet sound. I had the good fortune to hear them perform this live, and it's become one of my favorite percussion works.

Another highlight is the multi-part Common Patterns in Uncommon Time. The intricately layered mallet and percussion parts explore a variety of textures and sounds. There is also a bonus DVD of a live performance of Common Patterns that lets you see how all the sounds are made.

Resounding Earth is a 4-part suite that was written for around 300 different bells, bowls, Gongs, and metal percussion by composer Augusta Read Thomas. It is an exploration into tones and textures. Whereas many percussive sounds are short and succinct, the sounds here ring out, and often form other sounds by interacting with each other. The music at times takes on the character of a giant music box, with metallic sounds ringing out. A fascinating and satisfying recording. There is also a bonus DVD of Third Coast performing the complete piece.

What are some of your fave recordings released in 2013?

While concentrating on new releases, I totally forgot about some rereleases that need to be mentioned: 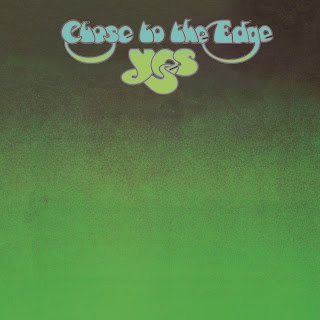 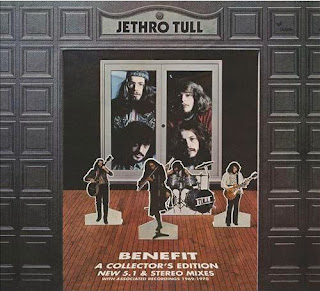 Two of my favorite albums from back in the day, both benefiting from the genius ears of Steve Wilson. As he did with the various King Crimson remixes, Wilson manages to keep the essence of the music intact, all while bringing a new clarity to the music. I hear things I've never heard before in both of these new editions. And there are 5.1 Surround Sound mixes too. As interesting as those are, it's the new, very clear stereo mixes that make this worth buying. Thank you Mr. Wilson. I look forward to more of your work in 2014! 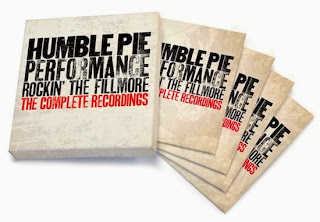 How can you make one of the best live albums of all time better? Release all the material that was played at the time. The original album was made up of tracks picked out from 4 performances at the Fillmore. While you get essentially 4 of the same set list, you get 4 different performances. Steve Marriot shows us how it was done before auto-tune and backing tracks. He controls the crowd like few front men could. Peter Frampton shines on guitar. This was a killer band, second to none in it's day! One of the best concerts I ever saw was the Pie the year after this with Clem Clempson on guitar (replacing the newly solo Frampton). Buy this and turn it up to 12!