The Myth of the Rudiments on Drum Set - Part 2

December 22, 2013
Most drummers are familiar with the name Buddy Rich. He has been acknowledged as one of the greatest, if not the greatest drummers of all time. His drum solos are legendary (as was his temper!). Ages ago, Buddy, at the urging of his friend, the great drum teacher Henry Adler, sort of put his drumming into a book, called Buddy Rich's Modern Interpretation of Snare Drum Rudiments. This book is a rather great and enduring book on the (then) 26 drum rudiments and variations. It has gone through multiple printings and a recent upgrade/modernization. 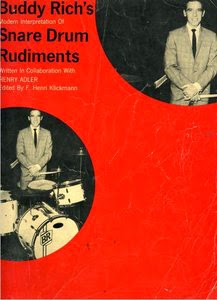 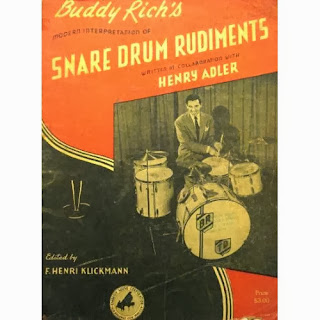 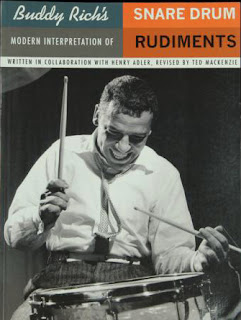 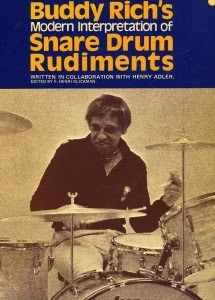 The thing is, Buddy was a jazz drummer. From what I know, he never played in a marching band, drum corps, or symphony orchestra. Buddy was about jazz. And if you go through the book, there is not one jazz rhythm, or one cymbal note to be found! Let's look at 2 examples: 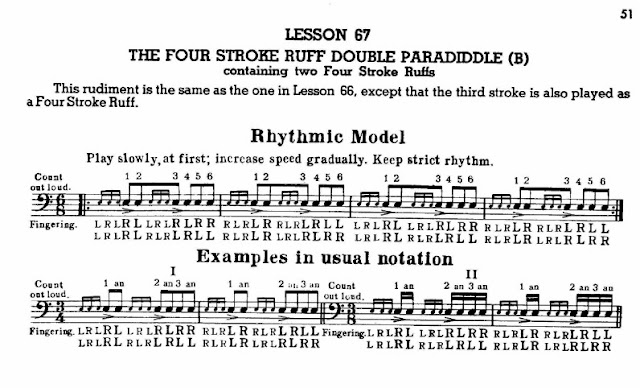 OK, so I'm at the gig swinging (or if it's a rock gig, grooving) and in the chorus I pull this out and proceed to nail it perfectly. The result would be a rhythmic train wreck, and probably getting fired from future gigs.

What does this have to do with drum set? 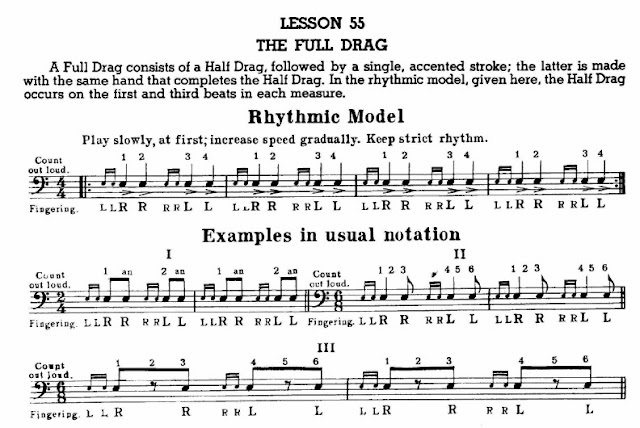 Here's another great example, The Full Drag. Nice for a marching band gig, but a real drag in a jazz or rock gig. Not really drum set material.

When in the world did Buddy Rich ever
play anything like these 2 examples?

When Buddy was swinging, he was playing the ride cymbal and not rudiments on the snare drum!

If we go way back in history to the start of the drum set, the snare drum was the main focus and many of the rhythms were derived from marching rhythms. Check out Baby Dodds and other early players to hear this. But as drumming evolved, and cymbals came more into play, drum set drumming moved away from its marching/rudimental beginnings. The time keeping moved from the snare drum to the ride cymbal & hi-hats in jazz, and the snare & bass drums in rock. The one modern exception to this would be New Orleans Second Line drumming, which still has its marching roots, although it swings!

So what is the point here? The point is, in 2013 (almost 2014), you don't need to know and practice the rudiments in order to be a successful drum set player (unless you are playing Second Line drumming). In my previous blog, I pointed out that while the rudiments are fundamentally sound, and can help you obtain excellent hand technique, they are not necessary to play drum set. Even to play modern classical/solo percussion music, the rudiments are not necessary. John Cage, Iannis Xenakis, and Karlheinz Stockhausen didn't write rudiments into their percussion compositions.

If you use rudiments on drum set, how do you incorporate them?