November 16, 2012
One of the big things about PASIC is the manufacturer's exhibition. There you can play all types of cymbals, drums, mallet instruments, timpani, and percussion. You can also find all types of crazy little gadgets. All the publishers are there too, so if you need a book or DVD, it's probably there.

Cymbals—I got to play so many amazing ones. We live in the most amazing time to be a drummer, as there are literally thousands and thousands of different cymbals out there. This year's exhibit had a lot of amazing sounding ones.

Paiste's new 602 stuff was impressive. The new 602 Vinnie cymbals totally blue me away! The 24" 602 ride is an absolute joy to play—dark, full, yet with that 602 shimmer, and very responsive. I'm not one for big cymbals, but I could make an exception for this one. I know I'm PAISTE prejudiced, but this is one of the best ride cymbals I've ever heard (I am a big 602 fan and have a lot of old ones in my arsenal). The 22" Thin Crash was outstanding! I never would have thought a crash that big could sound so musical. And the word musical is why I've always been attracted to the 602s.

The Twenty Custom Rides/Crashes/Hats also sounded great. They had that Turkish vibe combined with that Paiste shimmer. Mark Walker used a whole set for his sessions with steel pan player Andy Narrell, and they sounded wonderful. A real surprise were the PST8 Cajon cymbals. These are 12" Hats and a 16" Crash designed for the Cajon player. The Hats were bright & clean. I could see them as X-hats or as main ones in a quiet acoustic gig. The 16" Crash was fast and bright. It's thin enough to be crashed by hand. This would also be great for those quiet gigs or almost as a big splash.

Paiste also brought along some Gongs for my clinic session. The 26" Symphonic has a great crash, with a lot of depth for its size. The 28" Jupiter Planet Gong is one of my favorites, and the one in Austin sounded just like the one I have at home. Paiste's consistency in sound is always impressive. I know that I can go anywhere and use the same size/type of Gong that I have and the sound will be exactly the same. 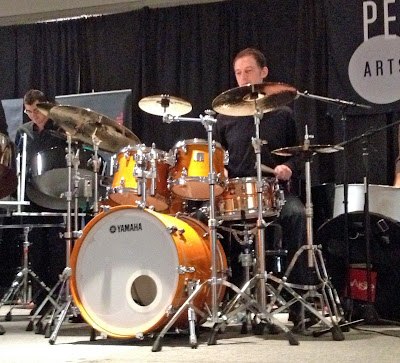 The new Zildjian stuff is impressive. I really feel that for a while there, a few years ago, Zildjian had lost their way and I really didn't like most of the cymbals they offered. The cymbals they are making today have that old Z mojo back. I played around with the Rides more than anything else. They brought an impressive selection, especially some of the new Ks and K prototypes. The K symphonic Jon Christensen ride was heavy and dryer, but still very musical. The K Dark Complex was just that: dark, with complex overtones. Very beautiful and musical. 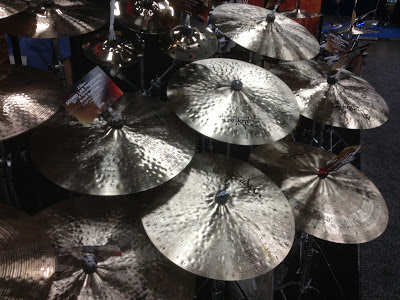 A selection of Zildjian Rides


Sabian had some interesting prototypes that sounded great. One of the best sounding cymbals I've ever heard was the Artisan Symphonic Suspended cymbal. The sound was dark and full, but not so dark it would get lost in the music. 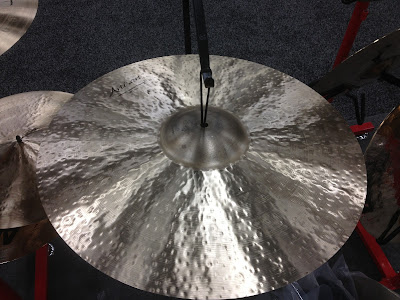 I was also intrigued by a prototype that had very wide lathing. The sound was clean and dry. 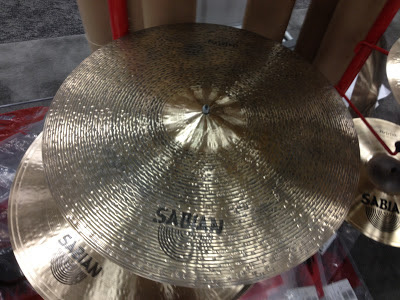 Dream keeps getting better every time I hear them. Their cymbals lines really capture all the different sounds. Their Gongs are excellent. I wanted the tuned Gongs they brought for some of the Cage concerts.

UFIP was there with some very musical cymbals. Their rotocasting process really does create a very different cymbal. By casting the cymbal into shape, bell and all, it's a lot like casting a bell. Their cymbals actually sound tuned. The Natural Series especially has a tuned quality. You could play down through the different sizes and really notice a controlled pitch for each one.

Matt Nolan had great stuff as usual. If you are not familiar with him, he's a one-man cymbal & Gong company from Bath, England. He uses all different types of metal, including stainless steel, and produces some visually striking instruments. His Gongs include standard Chinese style, and some fantastic shapes, like bat/dragon wings. Matt also brought along a wide variety of his unique hand forged triangles, and apparently he sold everyone of them! 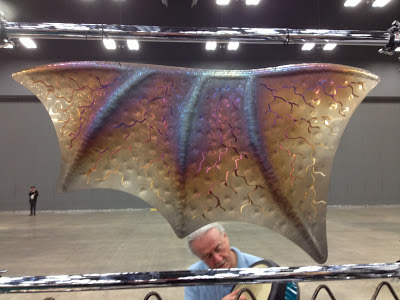 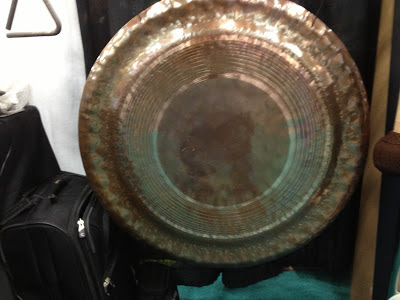 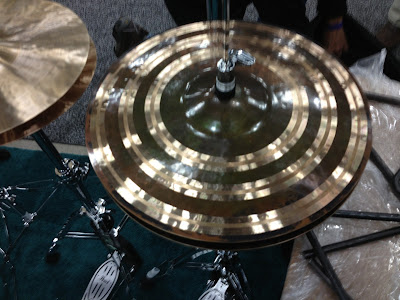 I was really impressed with a few things at Istanbul Mehmet. They had some wonderful rides—while the El Negro series wasn't my cup of tea, the Nostalgia rides were sweet! The 50's Ride & 70's Ride did a great job of recreating the sounds of those eras. They felt/sounded like I was playing old cymbals. I could easily gig with those. I was also impressed with the new Carmine Appice series. As expected, these were heavier rock cymbals, but they were also musical sounding. The ride had great stick definition, with nice body underneath. The China was cutting, yet trashy.

It's funny, while walking around the exhibits and talking to people, I thought I took more photos than I actually did. It was easy to just get caught up in things and forget to grab some photos.