The Death of Nostalgia and the Birth of Creation

September 05, 2012
OK, I'm on a roll here (no drum jokes please) with this nostalgia thing. So I'm going to present a few more ideas on how I perceive things. To start with, I love "old" music. I mostly listen to '60s pop (Scott Walker, Dusty Springfield, Lulu, Motown, etc.) and '70s prog (YES, Crimson, ELP, Soft Machine, Gentle Giant, etc.) & hard rock (Montrose, UFO, Led Zeppelin/Wishbone Ash/etc.). This is the music I grew up on, so it's ingrained to my core. This is not to say I don't listen to other things (I love '60s/70s jazz and most anything on the ECM label, as well as 20th century classical/avant-garde composers), but these 2 styles/eras are what I tend to gravitate towards. 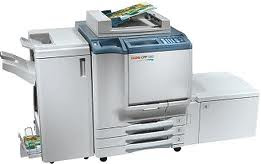 Meet your new art, same as the old art


In light of all this, I feel it would be ridiculous for me to try to recreate a drum or cymbal sound from any of those eras because, well, those eras are gone. It's the same with all the jazz drummers chasing their own tails trying to find the ultimate Tony Williams/Art Blakey/etc. cymbal or cymbal sound. Man, I love those old drummers, but they are gone, and the context of their sound is gone too. As much as I love the '60s & '70s, those times are gone, never to return. It's now 2012. The old sounds and music were great for their times, for the context of their times. It's all about the context. The world was different when Be-Bop happened, or when the British invasion happened. While this music is still great to listen to, to keep recreating it over and over seems a bit short sighted.

If you are going to do an old song, change it, rearrange it, deconstruct it. I'm always disappointed when someone does a note-for-note exact arrangement cover of an old song. WHY? If I want to hear that song, I'll play the original. Thank you very much. Change something please! Yes, I realize that audiences are often even more nostalgic about music than musicians are, so change might not be accepted easily. But what is the point of just being a copy???

The same with drums & cymbals. Do you play the same gear as your heroes? I know that gear manufacturers spend a lot on shiny adverts in the music magazines telling us what our heroes play, but again, the whole thing is about context. If you play a certain cymbal because X uses it, well, you don't play in X's band, and probably don't just play X's music (unless you are in a tribute band—don't get me started on that topic!). Hopefully you are playing a wide variety of music, and even some of your own. In that context, your heroes' cymbal might not really fit the music. Also, how can you ever come up with your own sound unless you do your own thing???

OK, I do realize that there are a lot of musicians who like to play and recreate old music, especially those in tribute bands. I salute your devotion, but I just can't go there. I don't want to be someone else, but that's just me. [Hey, what do I know? Tribute band singers have now replaced the original singers in various bands like YES & Journey. Maybe copying is a way to get discovered on YouTube—nah, it's still better to be yourself.]

In conclusion, let's look at other arts: are redone films ever better than/equal to the originals? Very rarely (unless the original sucked). How many writers rewrite classic books? Think about it. How many painters have exciting careers repainting the masters? Why do most American copies of British TV shows absolutely suck? I absolutely cringed when I heard there was a possibility of an American TV remake of Sherlock Holmes, copying the recent British 'Sherlock' series. That would be such a disaster. While I'm at it, let's look at Sherlock. They took the essence of Arthur Conan Doyle's books and re-imagined them in a modern setting. Brilliant! It was not just the hundreth same-old-what-we've-seen-before Sherlock Holmes. No nostalgia there. If you're going to play old music, take your cue from the writers and producers of Sherlock: re-imagine it!


Rant over. We return you to your regular station. Now go forth and be creative…