The Rebellion Is On

July 14, 2012
I've always been a rebel. Even in high school and university, I was not satisfied with the norm. For whatever reason, I always heard different sounds in my head. As a percussionist, this meant that I often heard some pretty crazy sounds. I've been known to show up to gigs with totally crazy set ups because, well, because those were the sounds I was hearing in my head at the time.

At university, I recall asking my percussion instructor, "What do you know about using sheet metal as percussion?" At the next lesson, she handed me the score for John Cage's 'First Construction (In Metal)'—the rebellion was on. I headed down to the closet sheet metal fabricator, had them cut some metal sheets of various sizes, and promptly gigged with them. I still have a sheet of prized 24x36" textured aluminum that I got out of the scrap pile at a club I was playing at in 1975 that was remodeling. It has served me faithfully all these nearly 40 years. I've since acquired various scrap pieces of sheet metal that create the most amazing sounds. 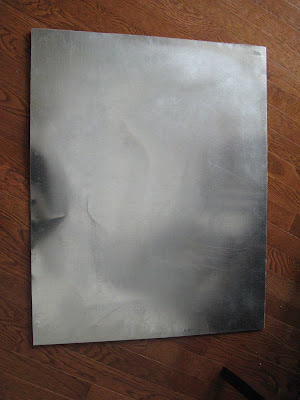 In 1973, I added a second bass drum to my setup, and this was way before 2 bass drums was the norm. I also used 2 timbales for mounted toms, because they sounded interesting. In 1975, I started using a full set of the then new Roto-toms, instead of regular toms on my set up (this was years before certain Messers Bruford & Bozzio). I also added bells, Gongs, timpani, orchestra bells, and other percussion, because I was hearing things more like an orchestral percussion section than just a rock drummer. In fact, rather than just playing "beats," I orchestrated my parts out, like a score. It was important to me to not just accompany the music, but to add different textures and dimensions to it. I've always thought more as a percussionist than a drummer. 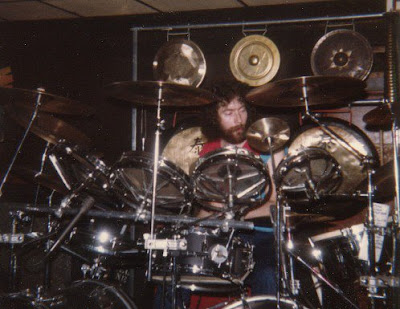 The infamous Roto-tom set up circa 1980

The rebellion is just doing things the way I saw and understood them, regardless of what others thought. I'll admit that not everyone has gone along with my musings, and I have lost gigs because of musical differences over my strange ways. But better to be fired for being true to your musical vision, than selling yourself to the lowest bidder, and playing music you don't even like.