The Art of Recording - Part 2

May 06, 2012
OK, I meant to post this follow up to January's Part 1 much sooner than we have here, but hey, life happens when you make plans.

So let's talk about getting things down. I'm going to use 2 completely different examples of how I work. The 1st is live in the studio, the 2nd is multi-tracked.

Live in the studio: My 1st solo percussion album, Stars Show The Way, was a quick affair. It was recorded and mixed in one 8-hour session. Now owing to budget constraints, that's usually the way I work. I don't have any record label or financial backing other than myself, so I make the most of my time vs. money.


Stars was recorded at the home basement studio of someone I worked with in a music store at the time. They were excited about the opportunity of recording my music/instruments (because, let's face it, it's pretty unique), and willing to experiment. Now this was important for me, because I don't need an engineer who just wants to just get down a rock drum sound—I'm so not about that. So I must thank Joel and his studio partner, Paul, for doing such an excellent job!


The other real important thing is that I trusted the ears and skill of the persons doing the recording. And even though this was done at a small home studio, they had decent equipment, and more importantly, they knew how to use their equipment! I'd much rather work in a small studio where the engineer knows how to get the most out of their gear, than in a multi-million dollar studio with a hack engineer. As in musical performance, I believe the sound is in the person more than in the gear used. 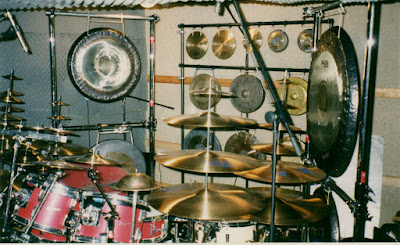 So the theme here was live. I had a selection of material that I had been writing and playing at drum clinics and a few gigs. The rest would be improvised around ideas I had. So the actual process was pretty easy: set up just like I would for a live gig, hang some mics, and record. We went with some room mics on the drums and on the Gongs, then had a solo mic for specific small percussion. I ran through a few things to get levels, then just played. Mind you, I was well rehearsed and had extensive notes on what I wanted to do, so it was more of a step by step process, moving from one thing to another. 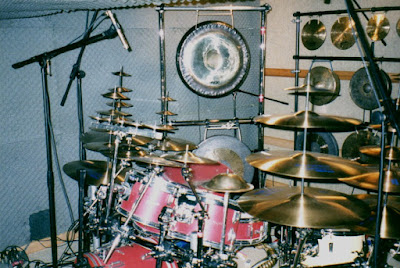 3 overheads on the drum kit, mic behind the Water Gong in center of photo.

The album had a number of short, improvised pieces I called "Small Gestures." These were mostly inspiration on the spot. I'd just say, "Hey, let's try this," and we'd hit 'record.' I ended up recording 25 tracks (13 - Small Gestures), all of them 1st takes except one, where we had a technical issue and I had to start over again (I said I was prepared).  The mixing stage was really just balancing the stereo image between the various mics and adding a bit of reverb to give the final sound some space.


Now one other thing I need to stress, beside the importance of being well rehearsed, is having great sounding instruments. All my Gongs are hand-picked by me to meet certain sonic requirements. All the drums I use are well tuned—it's amazing how many drummers can't tune their drums. So for me, it's really as easy as just sticking up some quality mics to capture both the sound of the instruments, and the air around them. This is not a rock/pop recording, so other than a little reverb, there is no processing or modifying of the sounds.


It's also important to have a very good ear (I do), and to work with studio engineers with good ears who are NOT stuck in that rock drum sound mode. This is probably the most important thing. You can do everything else and not have an engineer who's on the same page as you about sound, and the results will not be what you want. So it's important to check out both studios and studio personnel before you decide where to record. 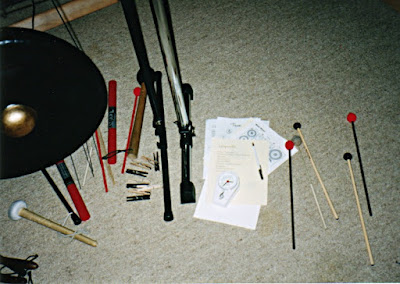 My next album, Labyrinth, was recorded in the same studio the same way: 1 long 8-hour session, with a couple of hours the next day to mix things. I set up the Gongs and we hung some room mics. Then for a few tracks we positioned specific mics, like on the Kulintang Gongs or a hand played Gong. I played the music, and we were done. Nothing like being prepared. 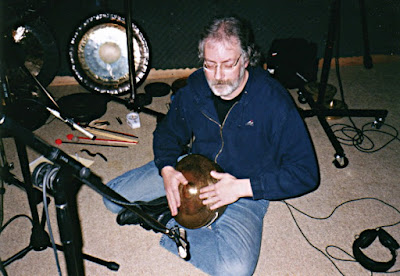 Almost all subsequent recordings were done the same way, either live in the studio, or live on the gig. With this type of recording, I always try to capture my live performance sound. I want my recordings to sound just like I hear things on stage, so the listener can get the same sort of feeling I do. 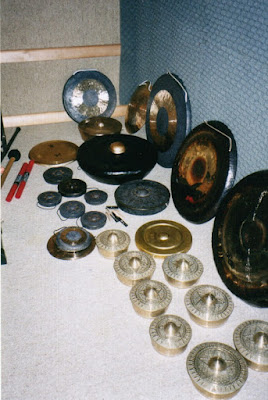 
Addendum: It occurred to me that some people might think my ideas/techniques are overly simple/lo-fi/etc. Well, they are. My feeling has always been that the least things between the sound source and the recording medium, the better. And to reiterate, let's review my 5 rules for recording:

Now I should add a 6th rule, which would actually come first:


If you are recording acoustic music and have a good (great actually) sound, then it's just a matter of capturing that sound as realistically as possible. For a reference, please click the above links to my 2 recordings and have a listen for yourself. The results speak for themselves.


In Part 3, we'll look at another marathon session where I recorded 3 seperate CDs.