May 04, 2011
I recently finished a new recording project, Transparent Universe (http://gongtopia.bandcamp.com/). Where all my previous recordings have been either 2-track live, or live in the studio, this time I wanted to do something different. I wanted to expand what I have been playing into percussion ensemble music. So instead of going to a recording studio, I recorded at home. This allowed me the luxury of time to layer multiple tracks on top of each other. Compositionally, I saw this more as a collage than a linear live performance. This way I built up layers of percussion, with up to 20 different tracks on some compositions. Because of this, most songs were recorded to a click track.

While I’ve worked with clicks and metronomes when playing drum set, this was something completely new for me with my own percussion music. But instead of the usual click-click metronome type pulse, I used a drum set track, usually a funk or hip-hop beat. I felt this gave me a groove to work with and against, rather than a sterile metronome click. So even though the music was nowhere near funk or hip-hop, the drum set track gave things more feel.

In laying down multiple Gong, marimba, or hand drum tracks, I used an idea I call relative time.  I felt that if everything was laid perfectly on top of the beat/click, it would have a sort of sterility to it. This sort of precision is fine in drum corps, or a symphony, but in recording ensemble music, I wanted it to ultimately sound like a live session with a group of people playing together in the same room. Relative time means that tracks could be “in time” but don’t have to be exactly on top of/with the beat. The 1st recorded track was laid down exactly with the click. But on subsequent tracks, I would allow the time to wander a bit, drifting ahead of, or behind the beat. 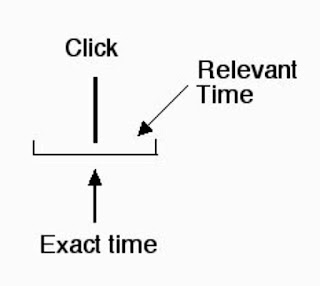 The effect is two-fold:

The overall sound of the tracks is thickened, as the rhythms take up more space.
There is the effect of phasing as one rhythm moves against another.

There’s also another effect I like, in that sometimes the rhythms seem to be chaotic, only to resolve into synchronization, just to move back to chaos. I personally find this rhythmic approach interesting. So everything on the recording is in time, but it’s just a matter of perspective.

Everything in the Universe is relevant to where you are at any time.