“What Kind Of Music Do You Play?”

April 04, 2018
People often ask me how I classify my solo percussion music, or even the music I play in ad hoc groups. I tend to think of it as contemporary classical music. This usually elicits startled looks. “But you improvise a lot. Isn't that jazz?” My response is, “Jazz is based on swing, the ding-ding-a-ding cymbal pattern. I don't swing. My music is based more on hierarchies of energy that I push forward, and different levels of meter & pulse.”

Swing. That brings up ideas of Elvin Jones, Tony Williams, Max Roach, Buddy Rich, and Gene Krupa. The ride cymbal and hi-hats are king. I don't use either. Swing is great. I often play it when I'm using a traditional drum set. But for my own music, I don't. 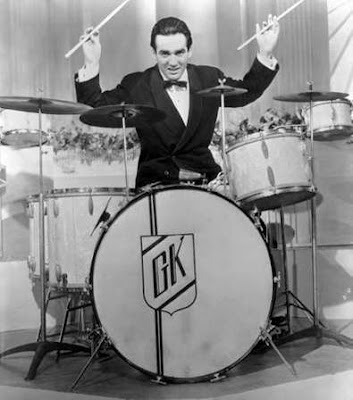 Gene Krupa, the king of swing

My own style comes more out of the European improvisers, who unlike their American counterparts, didn't use jazz & swing as a basis for their music. People like Jamie Muir, Frank Perry, Eddie Prévost, Le Quan Ninh, and Paul Lytton. Their music tends to be based more on the energy of the moment, or random abstraction. Often, the music is simply based on what sounds can be created by the instruments used and then following that. 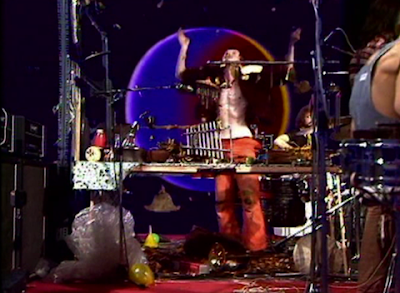 Jamie Muir with King Crimson, 1972.
He opened my eyes & ears to the fact that I
didn't need to bother with meter or repetition. 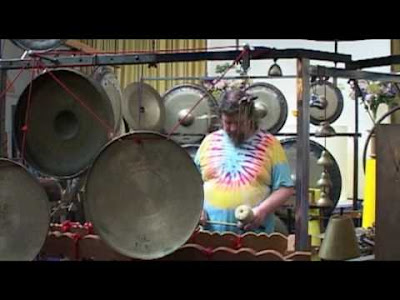 Frank Perry taught me that silence was also a sound.

But what about my idea of my music being Contemporary Classical music? I also take a lot of inspiration from the often rhythmic and systematic percussion music of composers like John Cage, Iannis Xenakis, and Karlheinz Stockhausen. They are often seen as the Big 3 who really liberated percussion as a solo and ensemble music, with such pieces as Cage's Third Construction, Xenakis' Rebonds, and Stockhausen's Zyklus.

The other side of things is the repetitive minimalist patterns of composers like Steve Reich, Meredith Monk, and Philip Glass. And then the far reaching, yet organic music of John Luther Adams and Morton Feldman.

But then, the classical musicians say, “But you improvise! So you play jazz.” That's true about improvising, but again, I don't base my music on swing. I feel more akin to what is termed modern or contemporary classical music of the past 50 or so years.

Labels, what are they good for?

Labels, calling your music something. It's important in some ways in order for people, reviewers, the press, to get an idea of what you do. But labels often fall short when the music you play doesn't sit neatly within established definitions. My music is often called world music, because I use a lot of Asian Gongs, Singing Bowls and Bells, but I don't play any traditional Asian music.

In the end, I don't care so much how others label what I do, as long as they listen to what I do.