In Praise of Anniversaries!

March 11, 2018
On March 10, 2011, I tentatively put out the 1st blog post of Percussion Deconstruction™. I had no real plan except to talk about something I knew and loved deeply: percussion. I wanted to tackle the subjects the often were ignored, or fell through the cracks in other writing about percussion. I've always been a sort of rebel/misfit in my musical and artistic life, so the blog carries on with those same ideas. 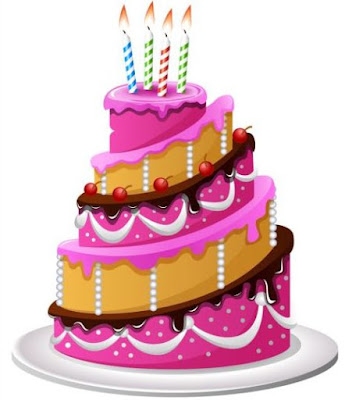 The 1st post was entitled, The Death of the Drum Set. Upon rereading it, I still feel much the same way. While there are some true innovators out there, too much of what I hear is just the same old drumming recycled over and over. Trust me, I'm not anti drum set. I'm just bored with so many people taking the easy road and copying their heroes, instead of finding their own creative path.

If you were to take a look at my iTunes music playlist, you would see heavy doses of both '60s pop music, and '70s hard rock. While I love listening to both, I don't aspire to play them in this present day—been there, played that. I'm always looking for the next thing.

It helps that besides being a musician, I'm also a writer by trade. I've been writing as long as I can remember. When I was a little kid, I used a typewriter we had at home to put out a little newspaper where I would make up news stories and show it to my family. I was always writing stories. In high school, I got involved in the school paper. And I just kept writing.

In 1982 I submitted some ideas to MODERN DRUMMER magazine and then had my 1st professional article published in the January 1983 issue. It was a piece on Larry Mullen, Jr. of a little known band named U2, long before they became the megastars they now are today. I went on to write for them for 25 years, until the then editor, Bill Miller, who I had worked with for years, sadly died way too soon in 2008. This caused me to shift direction.

In those same years, I wrote for just about any other music magazine that I could place an article in. I wrote for DownBeat, AVANT in the UK, Rhythm, Drum Business, and various other national and regional publications. I also ended up writing books, including working with YES/King Crimson/Genesis drummer, Bill Buford, on the book, When In Doubt, Roll! I did the drummer interview book, Percussion Profiles, with English drummer, Trevor Taylor. And I contributed pieces to various other books, as well as putting out my own books on drum technique (The Thinking Drummer series) and books of drum solos, duets, etc.

In the early 1990s, before blogs and everything else on the internet, I wrote a zine called, Drum Science. I interviewed various drummers, like Paul Wertico, Ginger Baker, Neil Peart, Bill Bruford, etc., and also wrote reviews and technical articles. Some of this stuff were things that for one reason or another, didn't work out with finding a home in a magazine. So instead of having them sit in a file in some cabinet, I decided to put them out. I gave away or mailed Drum Science to all the drummers I knew around the world. It was usually 8 or 10 photo copied pages and lasted 10 issues.

Fast forward to 2008 and I started my 1st blog, Vibrations. I wrote about my musical activities, interviewed people, and generally talked about percussion. I wrote 66 posts and it lasted until the end of 2010. Then on March 10, 2011, I debuted my new blog, Percussion Deconstruction™. While it's currently on hiatus (soon to be back in action), I have published 264 posts in 7 years! That's a lot of writing about percussion.

Gradually, the ideas about gongs and sounds took their own path, moving away from the drum set and traditional percussion on Percussion Deconstruction™, and on March 15, 2014, I started a 2nd blog, The Way of the Gong™. This is currently up to 145 posts and still going.

As if that wasn't enough, on September 9th, 2017, I started a 3rd active blog, Art As A Spiritual Practice, which covers just that, my thoughts about making your art your spiritual practice. While it ties into my other 2 blogs (because everything I do comes from the same creative source), it focuses more on spirituality and how to approach your art in a positive way. I'm 20 posts in and going strong.

So that's nearly 500 blog posts! (and that doesn't count the 150 posts on a past non-music blog that I've written) Whew, no wonder my brain is tired some days!

So here's to Anniversaries and writing these posts as long as I have new ideas!!!