The Art of Recording - Part 1

January 15, 2012
I've been involved in recording since I was a teenager. Back then it was all done with tape - cassettes & reel-to-reel recorders. It often wasn't very sophisticated, but we got the job done. The results varied widely in quality, but it was a great learning experience.

One thing I learned was to be well prepared. Because of the limitations of tape, like hiss on successive generations, you needed to get things down in the most logical & economical way.

A lot of recordings were done bouncing tracks and live takes between two tape recorders. We didn't have the luxury of multi-track gear. 4-track reel-to-reel was a big deal at the time, but expensive. 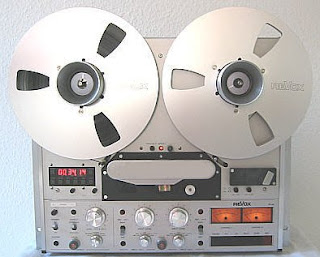 Because we didn't have the luxury of multi-tracks, we learned to record all, or most things, live. This meant you had to be a real musician and not only be able to play you part correctly, but you also had to know how to balance your part within the live 'mix.' There was no such thing as fixing a part, or the balance, later. (How many of you remember using a splicing block to cut and splice analog recording tape together?)

I also worked a lot with analog synthesizers, so sound development was an important thing. This was before programmable synths—you had to be able to recreate the same sounds over and over from scratch. (How many of you remember knobs & sliders for each function, not just one digital control?) This helped me become very aware of the details. So I learned a lot about sound modeling and fitting sounds within the mix. 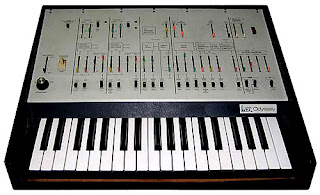 
Now combine this with my obsessiveness about percussion and percussive sounds. I've always been obsessed with sounds, and the details that go into sounds. I can spend hours working on just one specific sound until I feel it's right. I can just as easily toss out a sound that is what's needed at any given moment.


Kids today don't know how lucky they are to have a MacBook with Garage Band on it—that's thousands of times more powerful & capable than anything I could have even dreamed of in my youth. But I sometimes think it's too easy today in some ways. Yes, you can do a lot, but you don't have to get your hands dirty. (How many people can solder correctly?) So a lot of my ideas are pretty old school, but they come from the days when you had little to work with and made the most of what you had.


So here are my 5 rules for recording:

Next in Part 2: Getting Sounds Down