Paul Motian will always be best remembered for his time with the legendary Bill Evans trio, along with the late bassist, Scott Lafario. It was in this trio that he developed (or was it revealed) his sparse, abstract drumming style. Where other drummers played time, Motian implied time, avoiding the traditional ding-ding-ga-ding cymbal pattern. If Paul had been a painter, he would have been a minimalist like Mark Rothko. He was perhaps the first Percussion Deconstructionist.

Even though he made his initial mark in the Evans trio, he went on to a very storied career: he played at Woodstock (!) with pianist/singer/composer Mose Allison, worked with pianist Keith Jarrett's early groups, and led a succession of his own bands, like the trio with guitarist Bill Frisell and saxophonist Joe Lovano; his Electric Be-Bop band, and the Trio 2000; as well as working with so many of the biggest jazz names in his long and storied career. Motian was 80 and had last played in September in his hometown of NYC. Unfortunately, I never met him or saw him play live, but I did manage to procure a rare interview with him for my book, Percussion Profiles. 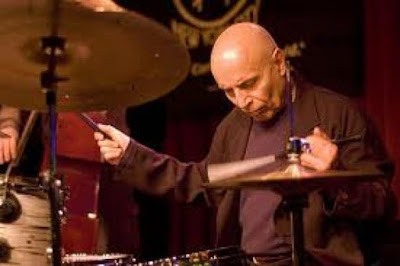 Roberto Spizzichino was a rare individual. A true artisan, he was a drummer he went on to create his own  hand made cymbals. As a one man company, he fashioned some of the most complex and exquisite cymbal sounds to be found. Roberto had a true love for drummers and for sounds. His cymbals are legendary among jazz aficionados and fetched a high price. But they were more than just cymbals, being more like works of art.

He came to prominence working for the Italian cymbal consortium, UFIP. Eventually, he went out on his own, creating cymbals that harkened back to the old, original hand made Turkish K. Zildjian cymbals. While his cymbal sound was not my preference (I prefer brighter cymbals), I have played many of his creations and truly admire his craftsmanship, spirit, and the wonderfully complex sounds he was able to bring forth from his bronze discs. I had hoped to one day visit his small shop in Italy in order to experience his creations first hand, and to talk of cymbals & sound (and maybe get him to forge a Gong for me). Alas, this will have to remain but a dream. 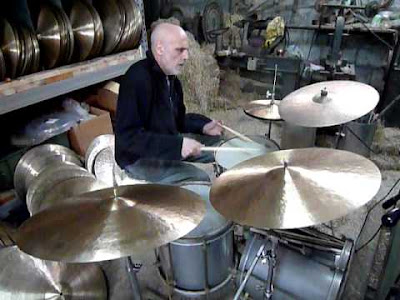